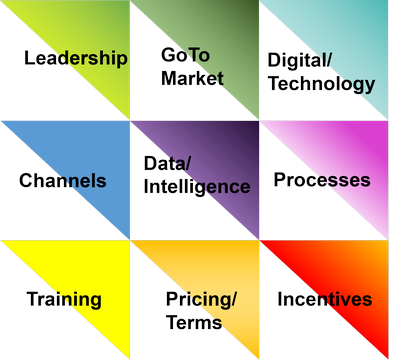 "Our Mission
is to increase Revenue
through Sales Excellence,
empowering our clients to
achieve significant and sustainable
Change."

Caught in a (Price) War Zone

As it seems, Price Wars are inevitable. Are there ways to avoid them (pre- price war phase) or terminate them in case they have already started? What are the pricing actions or non –price actions that could be taken to successfully face such a war? Are there ways to come out of that battle even stronger?

Pricing is one more of the business elements which go through cataclysmic changes: What is the meaning of list price in a time of constant internet discounting? What is this elusive thing called price when it fluctuates with the minute and stretches with permanent promotions? Can you control the price your product is sold when, legally, you lose control of pricing after a trade customer has purchased it and the goods are shipped all over the world?

However, heavy promoted environments do not constitute price war. It is the repeated cutting of prices below those of competitors that constitute the conditions of a war. Often that means prices below the profitability level of a major player and fundamental changes in the industry structure. That is why wars leave victims behind!

Every case is different so the first thing to do is to understand the key players, the motives and the resources they have. It is certain that you will enter a turbulent area, so find out what your own vessel can do and prepare your crew too. Particularly important is not to be caught by surprise. When signs are visible of an upcoming war, gather the leadership team and prepare a contingency plan in case this takes place.

Pricing actions
The most common way to react is to bundle products, using their individual strengths in a way that adds up more than the single product of the competitor. Customer value increases while price becomes more opaque. McDonald’s “value meals” are the typical example when they were introduced to respond to Taco Bell’s 59-cent taco. Loyalty cards can play the same role, offering discounts to even wider, individually defined, bundles of purchases.

Some principles of game theory suggest a price matching but all depends on the size and financial strength of the players. Big players are advised not to immediately match the price, when smaller players initiate a price war. However, a bold counter action may deter the war, if it is combined with signs of strength and counter attack at the sweet spot of the aggressor: a category where you are strong but which provides profit for them. The simulation of the effect on the market share vs. the drop of profit margin should guide the decision.
A better price segmentation is also a must. Especially nowadays, with the help of Big Data, companies can identify per store (geography) and product category ( customer segments) where they need to adjust prices, and in some cases, even increase prices, to allow optimizing sales while providing better funding of the war.

Non-Pricing strategies
If price is only one element of the value proposition a brand offers, then reviewing the complete value proposition is the essential reality check. If product performance, service quality, or unique attributes have strengthened customer loyalty, the price adjustment needed will be lower. Obviously, consumers can easily exchange a brand in a category which is considered commodity.

An honest review of the various attributes is absolutely necessary as well as an orchestrated innovation initiative! Rally Marketing, Sales, R&D, and Supply chain and bring them together to expedite innovation introductions to show that not all is about price. New features and the excitement of innovation can also suppress the power of a lower price.

If you see signs of an upcoming price war, signaling the strength of your brand and the range or measures that you can undertake can deter the aggressor and prevent the escalation.
Wars are often long periods of struggle, when resources are depleted. Do not be fooled. You are forced to ration your resources through tight control or rightsizing of the cost structures across the organization. In that way, you can protect the bottom line and provide resources to be deployed in the form of lower prices or advertising funds.

A team effort
As a general comment, both marketing and sales teams should cooperate on the pricing strategy. Commercial policy steered by Sales often has a more significant effect on net prices than the initial price positioning defined by Marketing. Both disciplines should intensify their efforts to monitor the market and understand the pricing and commercial practices of the major players.
Set up a war room! It signals within the organization the significance of the circumstances and it is where you will update the information on the battleground, identify trends and opportunities and achieve internal alignment on the strategies. Mobilize all resources to fight the war, including suppliers, customers, unions and government agencies. If you manage to have more resources committed than your competitors, you can withstand longer the destructive effects of the war.

Where to start
While war is obvious for some, most keep on worshiping “reality denial”, hoping that war will go away. If you see the signs coming, study as many cases of price wars as possible and the way successful companies dealt with them. Share them with your team. Assign someone to monitor the signs of initial hostilities, before becoming wide spread practices. Simulate a scenario with marketing and sales of price war. This will identify actions to undertake to prepare for. Even if war does not finally take place, the adjusting actions will have a strengthening effect on your organization. Start from there!

An interesting read: How Ahold’s CEO Dick Boer won the war it started in Holland.
Is it a practice to be expected in other countries, as an answer to German discounts?
http://sloanreview.mit.edu/article/how-to-win-a-price-war/

Back to the Future : It was the year when Procter and Gamble decided to enter the hair styling market with a Vidal Sassoon styling range, after the successful launch of Wash&Go shampoo. The information we got was, however, that they had decided to introduce the products in an attractive price and with an additional 50% off, in the initial phase. For our Wellaflex, a major player in the styling market, that meant price war and we had only 3 months to prepare.

The first thing we looked for was a fighting brand which we could introduce in no time, in the same pricing bracket which would be used to fight the new entrant. Unfortunately for us, Design, the new brand just introduced in Germany was not approved to be launched under these conditions in our market, independent if we pulled all personal relations at the headquarters for that purpose.

In a dramatic meeting all weekend, when we found out that the only option we had was to fight with Wellaflex, we decided to book promos, in all retail partners, to offer “1+1 free” packages, before the Vidal Sassoon styling was to be placed in the market. We had to make sure that production would prioritize to deliver to us the extra quantities and that our trade relations would be used to the maximum to get the maximum exposure. Most importantly, marketing would have to allocate double the effort to relaunch Wellaflex, in six months’ time, to refresh its image, after the harm these heavy promotions would have created.

The quantity promos proved to be the correct strategy: Consumers bought immediately the packs and stocked so much product that they would not consider the VS offer for very long time, even though it was more attractive. The launch for VS proved a disaster: not only trade had to allocate space for very low sales (since all was sold in half prices), sell out of the VS promotion was miserable because consumers had stocked up.

The new image of Wellaflex, after the relaunch, meant that the promotion-tarnished image of the brand could be repaired! By that time, VS styling was considered a failure and the product was subsequently delisted.

More in this category: « Get ready for the upcoming (Price) War! Post Covid - Leading an effective salesforce / 3. Dynamic Pricing »
back to top
FaLang translation system by Faboba